The Parish Church of Saint Martin in Gargnano 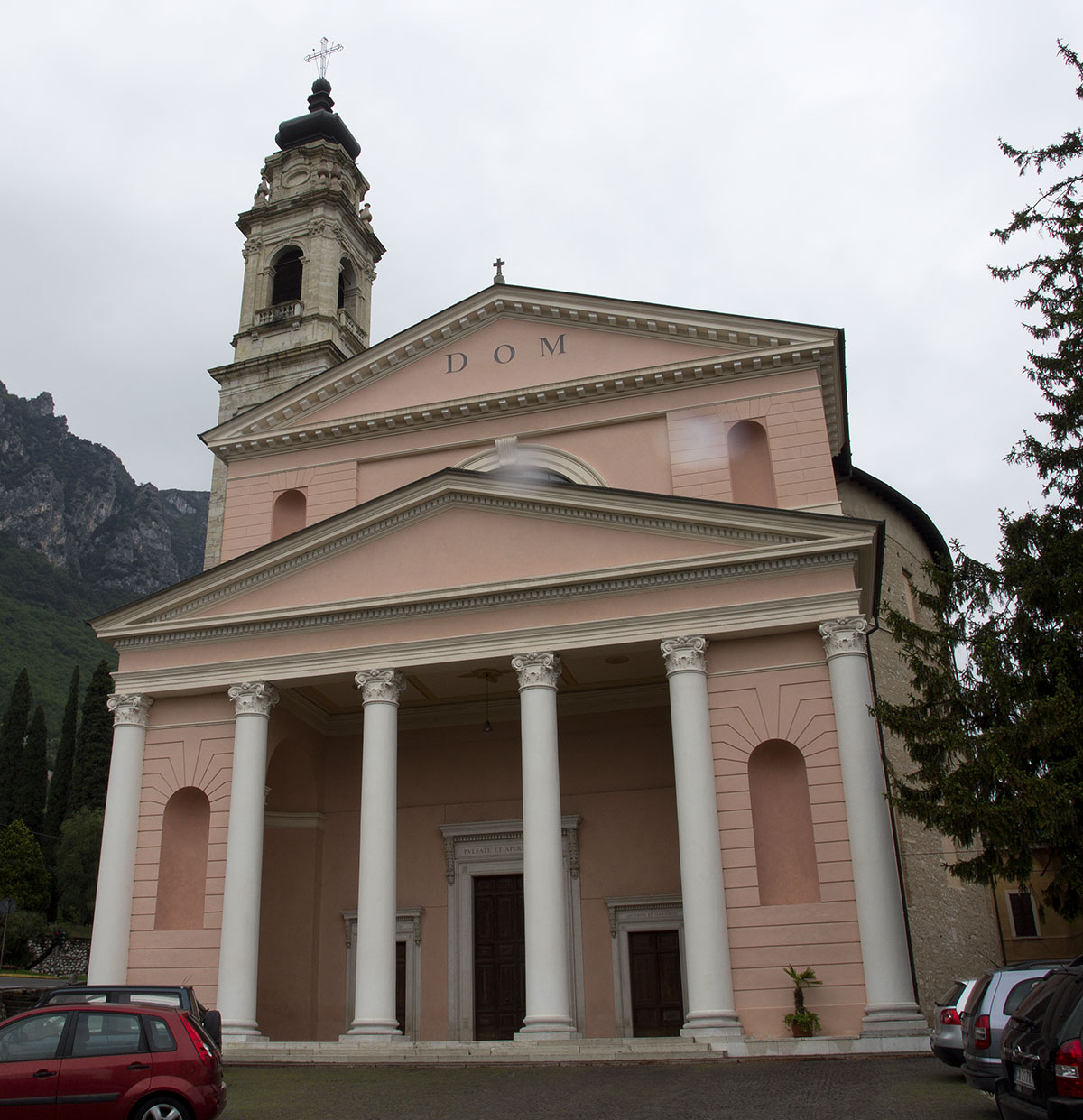 The Parish Church of Saint Martin is an imposing neoclassical building designed by the well-known Brescia architect Rodolfo Vantini.
The elliptical-shaped building in Gargnano stands where there the foundation of an ancient parish church once was. The original church dated back to at least the eleventh century and was subsequently rebuilt around the sixteenth century.
In the eighteenth century the Gargnanese population, given their need for a larger place of worship, began to build a new parish church. In 1722 the bell tower was completed in elegant baroque style. Between 1785 and 1788 the presbytery area was demolished and rebuilt.
The reconstruction of the parish church was suspended for years until Architect Vantini intervened and continue work on it in pure neoclassical style, which is readily seen in the facade, which was clearly inspired by the Roman Pantheon.
The elliptical nave houses four altars on its sides: the altar of the Conversion of Saint Paul, the altar of the Madonna of the Rosary, which includes a seventeenth century altarpiece, the altar of Saint John the Baptist and the altar with the relics of the Holy Cross.
Inside the church visitors can admire numerous paintings from the ancient parish church and other sacred Gargano buildings that no longer exist. The most notable paintings are the Last Supper by Salodian painter Andrea Bertanza, Saint Albert by Venetian painter Andrea Celesti and the Death of Saint Andrew Avellino by Veronese Giambettino Cignaroli.