The Food and Wine of Gargnano 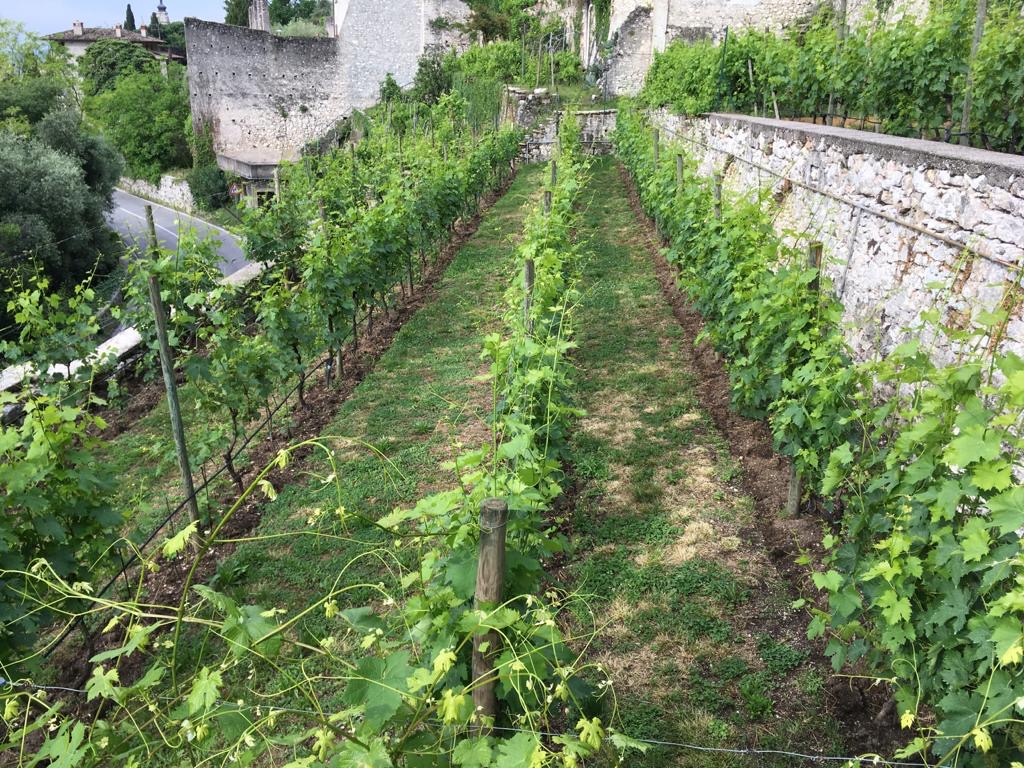 Wine production is undoubtedly the principle agribusiness in Italy. Better than any other product, wine can convey the traditions and offer suggestions for the Italian agri-food culture.

Lake Garda, even when taken on its own, is able to boast of its wine traditions and high-quality, high-end products.

The history of Brescia wine production goes back a long time; archeological findings indicate that the first use of wine on the riviera dates back to the Neolithic period (vitis vinifera silvestris Gmer seeds were found in the stilt houses of Polada, in Puegnago).  The findings give testament to how unique the terrain is, having been forged by numerous climatic changes caused by glaciations and then maintained by the ideal microclimate of Lake Garda.
First the Etruscans and then, more notably, the Romans introduced the techniques used in the cultivation of vitis vinifera sativa for the for the production of high-quality, great value wines.

In Gargnano grapes were mostly grown for family use and many have had the opportunity to appreciate the nectar produced by their ancestors. Viticulture was third in importance after citrus and olive production, due to the fact that there was never much space for the long, accessible rows that would have facilitated its harvesting. In fact, grape vines were made to climb up the lemon grove walls or were bound to small hills of soil, unsuitable for the more popular crops.

It was rare for areas to be dedicated exclusively to grape cultivation, though there are some examples in Muslone, Cecina, Villavetro and Sostaga in Navazzo. A few passionate wine collectors have preserved valuable bottles that give testament to their quality.

Nowadays local producers are rediscovering the territory and its wine. With passion and determination, some enthusiasts have started to cultivate vineyards and have obtained amazing results.

There is Marijke Curtis with his vineyard amongst the old lemon groves and Giulio Obici with his prized Cabernet di Muslone. There are also other producers emerging in the Gargnanesi DOC sector, all endeavoring to make Gargnano a unique and notable gem of wine production.

Splendid results were also achieved by Gargnano winemaker Diego Baroldi, a gold medal winner in the international competition, "Emotions from the World: Merlot and Cabernet Together.”
There are also excellent prospects for the first harvest of the hotelier/sommelier Andrea Arosio, whose vineyard is on Via Crocefisso street and which demonstrates his well-known tenacity and drive.

Interview with the La Tortuga Restaurant Managers
We sat down for a chat with Maria, Danilo and Orietta, the managers of the well-known “La...
Read more
Olive Cultivation
Compared to citrus cultivation, which requires complex work systems and high construction and...
Read more
Caper Cultivation
A further demonstration of the particularly favorable climatic conditions of the Brescia side of...
Read more
Citrus Fruits
Historically, it was mostly lemons that were grown for export, while sweet oranges (portogalli)...
Read more