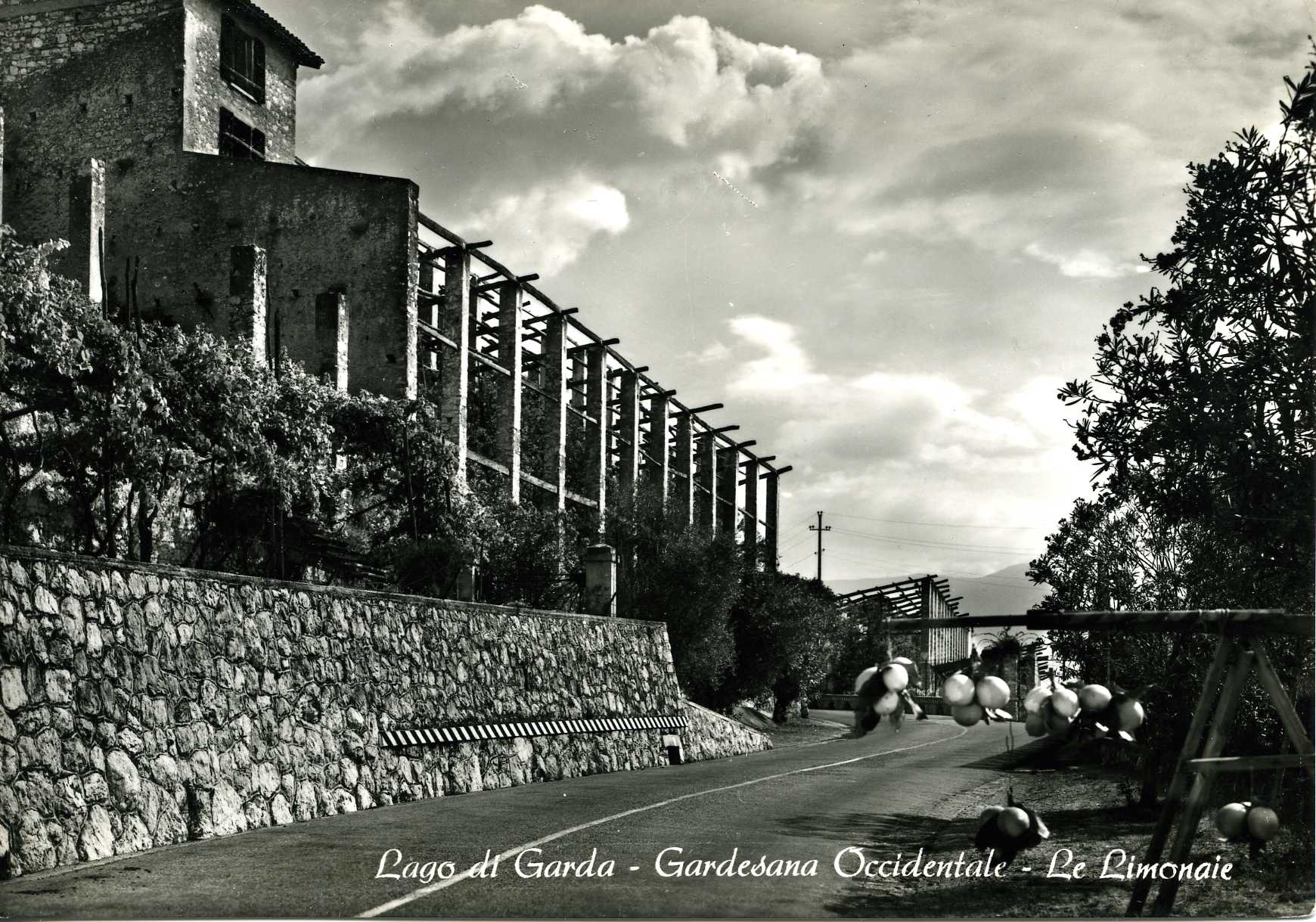 Undoubtedly the most special and characteristic agricultural crops of the upper Lake Garda area of Brescia are the citrus fruits, which were introduced to the area in the thirteenth century.  Since the fifteenth century they have been well-documented by numerous authors, such as Sanuto, Gallo, Grattarolo, Tanara, Cattaneo and Scamozzi. The cultivation of the valuable, much sought-after fruit justified the construction of the unique architectural elements known as  limonaie, that are only found on Lake Garda.  Limonaie are large greenhouses made of stone walls where citrus trees can grow.  They are crafted in a manner that allows the plants to be grown directly in the ground, yet be enclosed and covered with wooden planks during the colder months. Lemon trees are the main crop protected by the limonaie, though they are also used for the citrons and oranges that also cannot survive the below zero degree temperatures of winter (the lemon groves).

The work and expertise of many people has revolved around the cultivation of the lemon groves, as has the artisanal and rural culture of entire generations. The lemon, orange and citron trade benefited from a thriving market up to the end of the nineteenth century, a local economic system that was based on the uniqueness and excellent quality of its crops.

In the mid-nineteenth century, the peak of the lemon grove crop development, almost 50 hectares were used for the cultivation of citrus fruits, with about 35,000 plants and an annual average of 15 to 20 million lemons harvested for export. The farms were especially widespread along the coastal strip of the towns of the Municipality of Gargnano (which represented more than half of the total citrus crop area), Limone and Maderno.
It was necessary to design the whole area around the lemon groves: rows of cypress trees were planted to shelter the lemons from the wind; various means were found to protect the plants from rocks tumbling down the steep slopes of the surrounding mountains and crushing them; cisterns for the crops needed to be shaded from the sun rays in order to prevent their water from evaporating; fonts of natural spring water were searched for and developed, just as as systems to take advantage of the nearby lake water were put in place; roads were constructed to allow for the easy access to all the lemon farms; and infrastructure was built to provide commercial support for the crops.

Growing lemons on the riviera declined after 1860 due to a multiplicity of reasons, including: the spread of the serious gummy disease; the increased competition from southern crops after the unification of the Kingdom of Italy; the discovery of how to obtain citric acid chemically; and the crops’ high costs of materials and labor.
The citrus farm crisis caused the gradual abandonment of the lemon groves; less maintenance of the groves led to their degradation and consequent conversion to new uses, which were not always agricultural in nature. Although citrus production is no longer as widespread as in the past, numerous ruins of the green houses remain as do different varieties of the citrus fruits, which evidence that the extraordinary crops were once an important cultural and touristic resource.