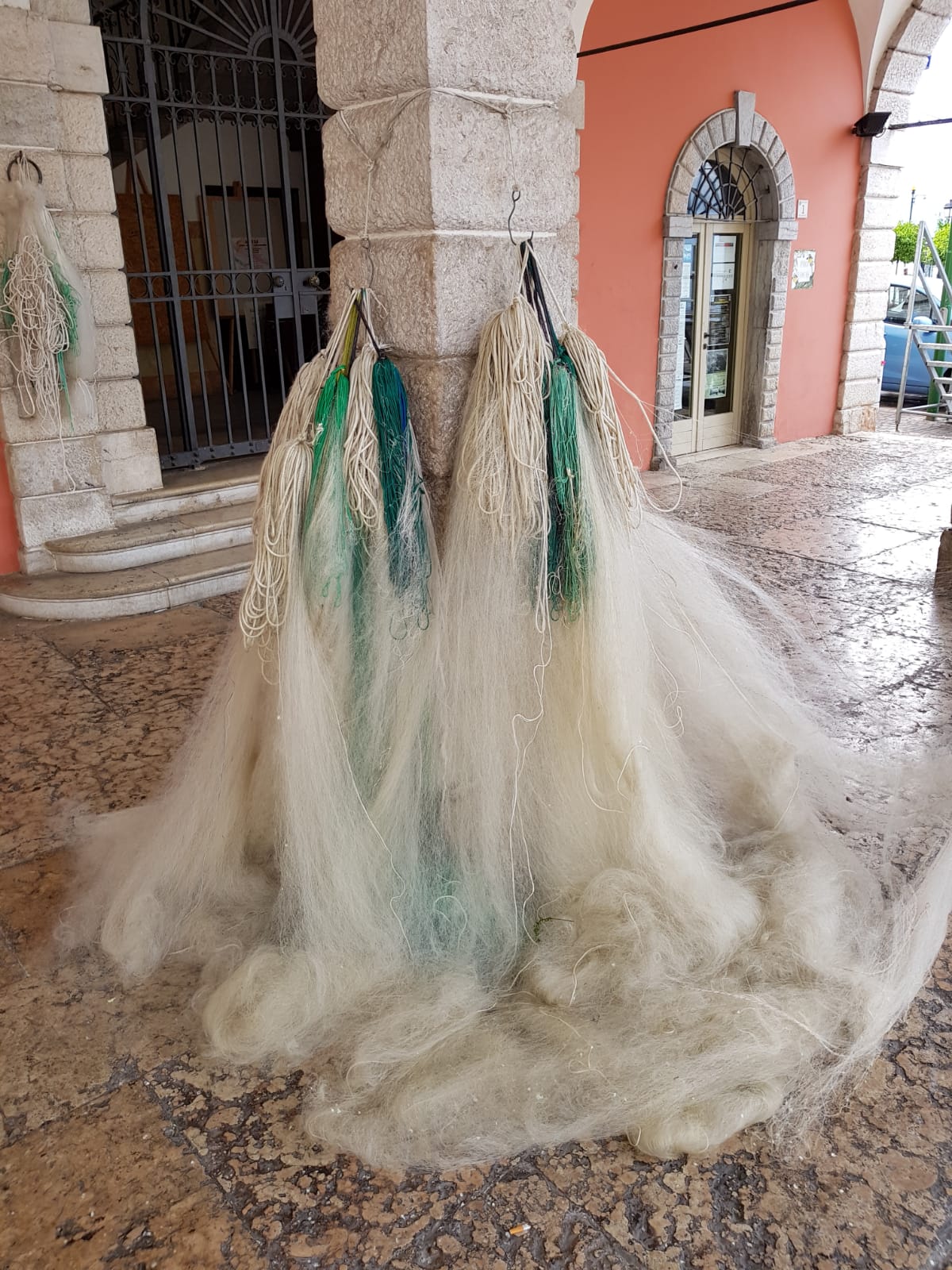 Even Lake Garda has a "mythological being”: “Il Carpione”.  It is smaller than Nessie, but is none-the-less shrouded in an aura of mystery. Renowned and unique, it only lives in the deep, clear waters of Lake Garda. It is also so delicious that emperors like Frederick III in 1489 and Joseph II, Emperor of Austria in 1764, wanted to watch how it was caught. Going back to Roman times, or even to the times of Deodatus, King of the Goths, Il Carpione had already been attracting admirers and gourmands to its lake shores. Its meat is so unique that it was exported, just like the famous lemons of the Lake Garda coast, for banquets and to satisfy the whims of emperors.

At that time carpioni were fished in great quantities, while today they are ever more rare and caught only during periods of the year and with the correct licenses in-hand. In recent years, efforts have been made to reintroduce the species. Even now fishermen pass down, from generation to generation, the secrets of the carp’s exact positions, where from above their skilled hands drop the nets that descend 200 meters and are heavy and difficult to recover.

Fishing on Lake Garda had been a very important activity until the turn of the twentieth century. Nowadays there are fewer and fewer professional fishermen on the lake, which is due also to the reduction in the quantities of fish available and even the complete disappearance of some species that were at the center of the fish market for centuries, such as the carp and the sought-after bleak (aole). Not only is carp, however, the star of Lake Garda cuisine. There are also numerous other fish species that live in the lake, most of which are indigenous, others that have been introduced by man. The best known and most valued is the whitefish (lavarello), which was introduced into Lake Garda in 1918, but there is also trout, chub, pike and sardines. For centuries sardines and bleak were the main source of income for fishermen and were found on all tables of the Lake Garda villages, until, unfortunately, the bleak disappeared from the lake. Up until two decades ago, bleak were heavily fished: they were first caught with trawl nets, then dried in the sun on arelle (reed mats) and preserved in salt (the dish is called “aole de müra”). It was the food for village festivals, but which has now been replaced by fried whitefish. The whitefish is not an autochthonous species and in winter it is fished with special permits and with the obligation to squeeze out the eggs of the females. Once fertilized, the eggs are then transported and hatched in special incubators. Afterwards the young fish, upon reaching the right size, are introduced into the lake to help increase their numbers in the Lake Garda water

The increasingly rare fishermen must know how to recognize the winds, the ripples of the waves and every cloud above the lake: sudden thunderstorms can change the waters, which appear at first docile, but can briskly mutate the lake into a sea. It is precisely the unexpected arrival of strong winds and high waves that, at times, transform Lake Garda into a spectacular “small sea.” The advent of motor boats and the regulations in place to protect the species and ensure fish reproduction have changed the lives and habits of the fishermen who, however, continue to be an invaluable treasure trove of knowledge on Lake Garda. Once the fishermen could no longer live on fishing alone, they were forced to become farmers and gardeners and work the lemon groves during certain periods of the year (citrus farms and the lemon groves). The ancient fishing methods included the use of hemp and cotton nets, cork boats, rowboats (“le bisse”) and sailboats. The fishermen set sail to follow the schools of sardines and stayed on their boats for days.
In Gargnano, under the portico of the former town hall, you can buy the catch of the day directly from the Frans family, one of the remaining professional fishermen families on the lake (fishermen are born on lake Garda). What is left of a long tradition is there. Little when compared to the times when the life and economy of the town revolved around fishing. The hemp and cotton nets, the rowboats and the skills of the oar have disappeared or, rather, have become a sport that culminates in the winning of the “Bandiera del Lago” historic boat race.

DENERVO - A PLACE OF MAGIC ATMOSPHERES
In a much variated territory like this, containing on little space rocks, hills and high...
Read more
ON THE PATH OF WONDERS
The excursion to the hermitage of S.Valentino is a must for everyone wants to know not...
Read more
WANDERING ON D. H. LAWRENCE TRACKS
David Herbert Lawrence, celebrated English poet and writer, author of the famous “Lady...
Read more
Tennis
The view of the lake cannot be missed, even during a game of tennis: in Bogliaco, in fact, it is...
Read more