The Church of Saint Bartholomew the Apostle in Costa 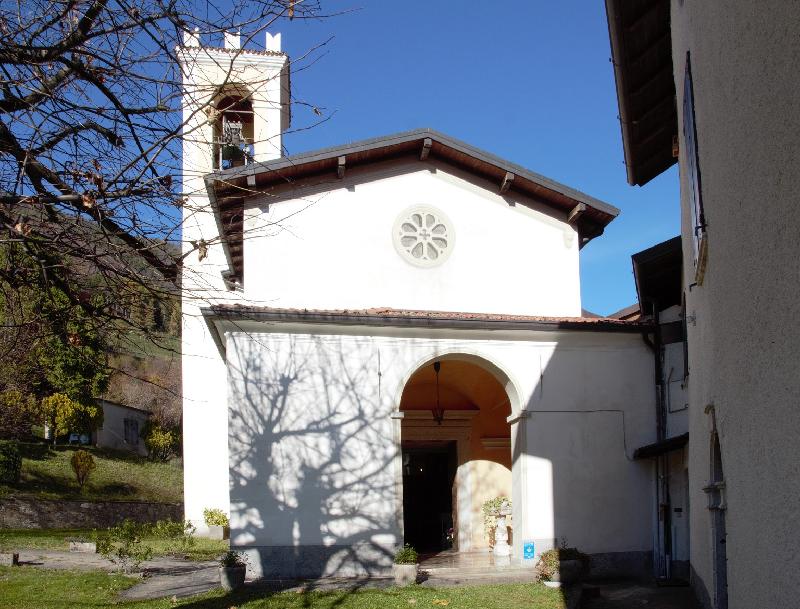 The dedication of the church to Saint Bartholomew the Apostle suggests its ancient origin.  It seems to have been built over a pre-existing shelter, which would have given refuge to wayfarers who walked the mountain paths through the valley.

The church, 18 kilometers away from the Parish Church of Gargnano, obtained parochial autonomy during the seventeenth century, which became official in 1724.

The building, constructed and maintained during ancient times by the joint heads of the families who lived in the Costa area, has a simple gabled facade preceded by an arcade. The interior has a single hall with a frescoed, vaulted roof. The chapels and the presbytery area, rebuilt in the eighteenth century, have three altars: the altar of Saint John the Baptist, built in the second half of the seventeenth century and adorned with a valuable altarpiece depicting the Baptism of Jesus and which is enclosed within a gilded wooden soasa frame; the altar of the Madonna of the Rosary, which preserves a statue of the Madonna dating back to the nineteenth century, and is enclosed in an elaborate seventeenth century soasa frame decorated with ovals depicting the fifteen mysteries of the Rosary; and the high altar, consisting of precious polychrome marble, is an imposing baroque structure dating back to the early eighteenth century.