The Church of Saint John the Baptist in Musaga 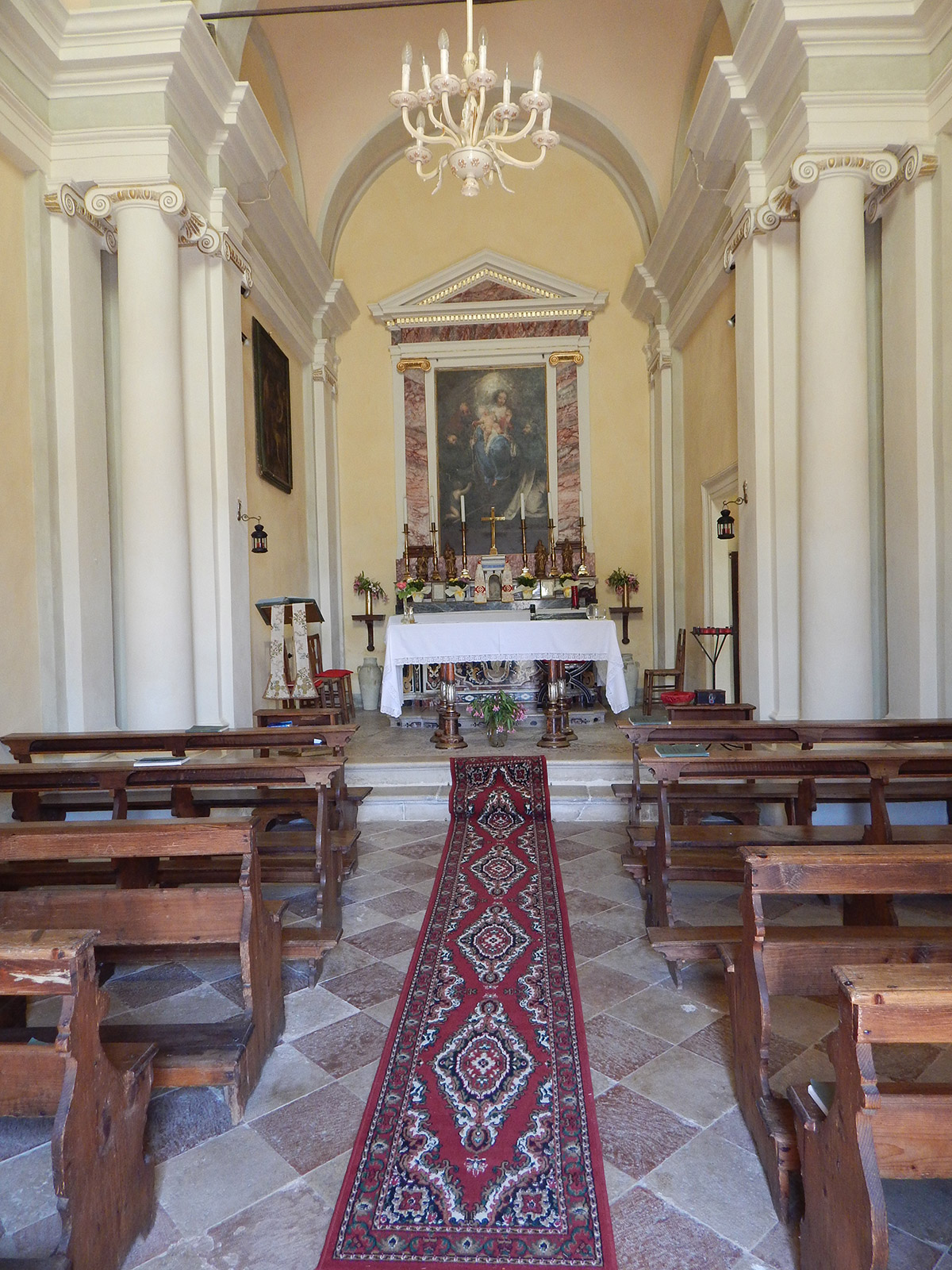 The Church of Saint John the Baptist in Musaga was built in 1829. Its construction, which was greatly desired by the inhabitants of the small community, was supported by Canons Pietro and Giovanni Battista Corsetti, who were both natives of Musaga. Inside, there is an altar made of Corbarelli stone carvings and a valuable altarpiece from the late seventeenth century, a work of Venetian painter Andrea Celesti depicting the Madonna and Child, Saint Joseph, Saint Domenic, Saint Francis and Saint John.