The Church of Saint Thomas in Villa di Gargnano 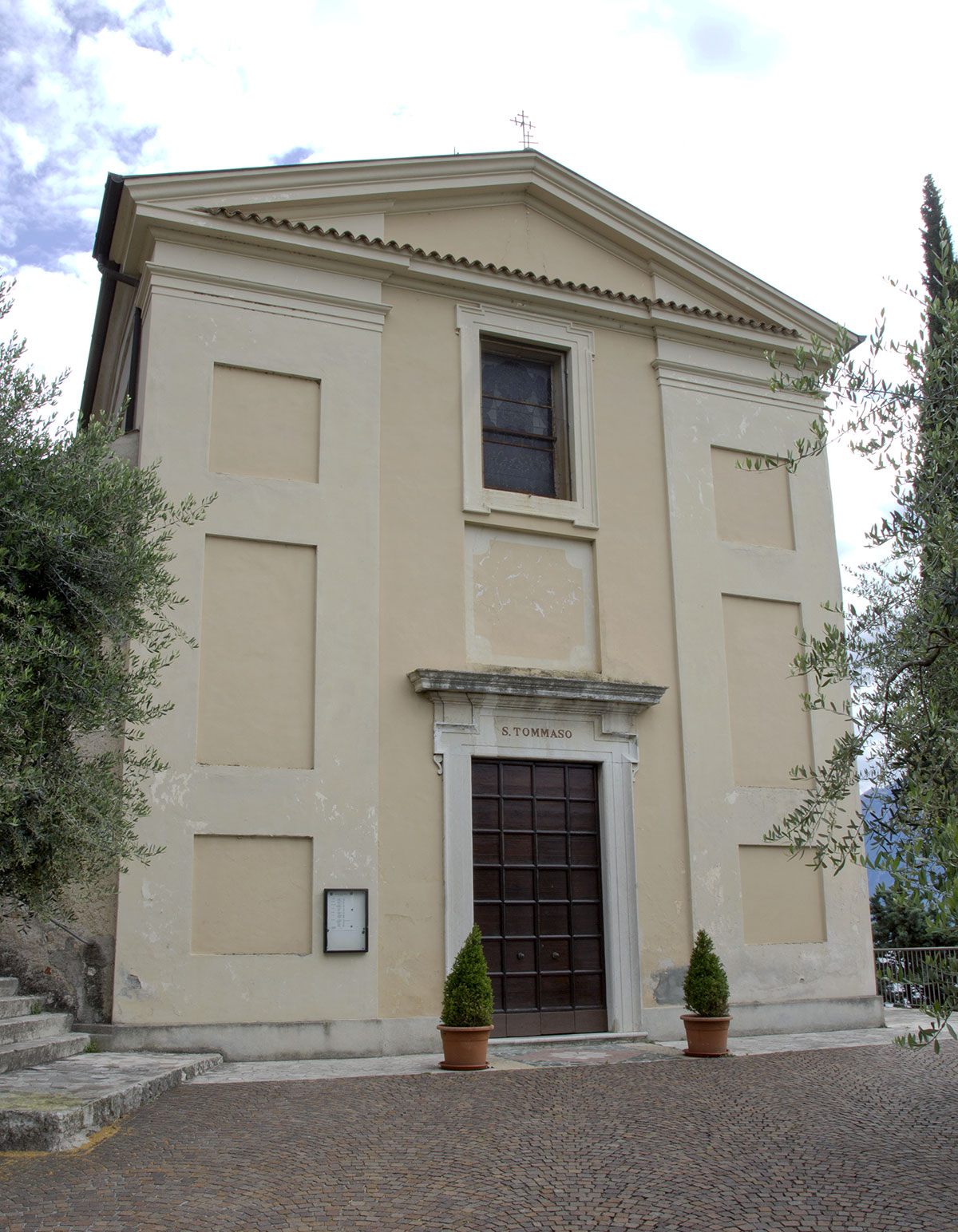 The Church of Saint Thomas stands out above the roofs of the houses of the small village of Villa di Gargnano. Traces of frescoes suggest that it was an ancient construction dating back to the fifteenth century, although its current appearance is the result of its restoration in the mid-twentieth century. Inside, it preserves a fresco from 1535 that depicts Saint Libera, considered by the town’s inhabitants to be the patroness of women in labor. Three altars mark the internal space of the church: the main one is dedicated to Saint Thomas, one is dedicated to Saint Andrew the Apostle and the last is dedicated to Saint Anne.

The church and its churchyard, offering an enchanting view of the village below, were described by the writer D.H. Lawrence during his stay in Villa.
The Franciscan convent adjacent to the church was built in 1906 by the will of Monsignor Pietro Feltrinelli. Today it houses the Centre Européen de Rencontre et de Ressourcement.