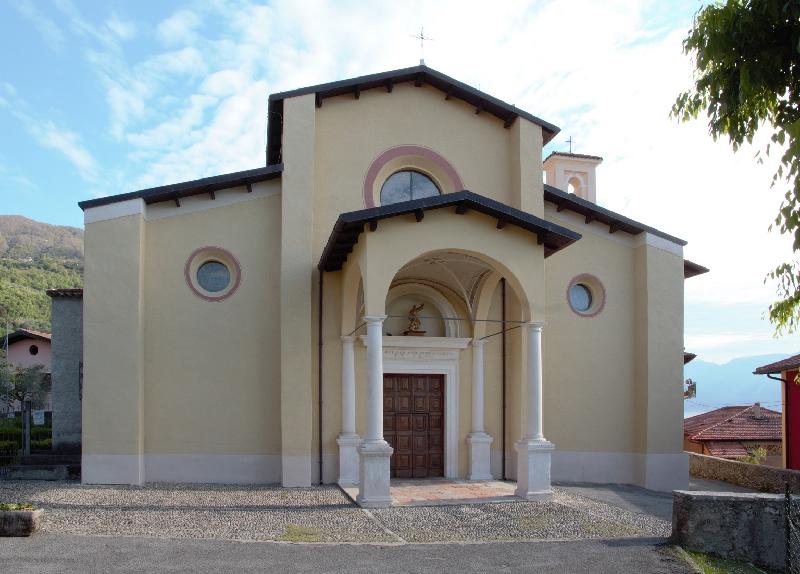 The church of San Pier d’Agrino is surrounded by olive groves above the town of Bogliaco. The church obtained the title of parish in 1405, rendering it independent from the parish of Gargnano.
The current building, divided into three naves marked by Doric gray stone columns, dates back to the second half of the sixteenth century. Subsequently, it was expanded through the addition of side chapels with richly decorated altars.

In the center of the presbytery stands a high altar made of colorful, precious marble by the Trentino stone-cutter Cristoforo Benedetti and commissioned by the noble Bettoni family of Bogliaco. Another altar is dedicated to the Guardian Angel of the family’s ancient patronage, which was also made by Benedetti, and is decorated with an altarpiece of fine workmanship depicting the Madonna with Saint Anthony of Padua, the Guardian Angel and Saint Liborio by Venetian painter Andrea Celesti.