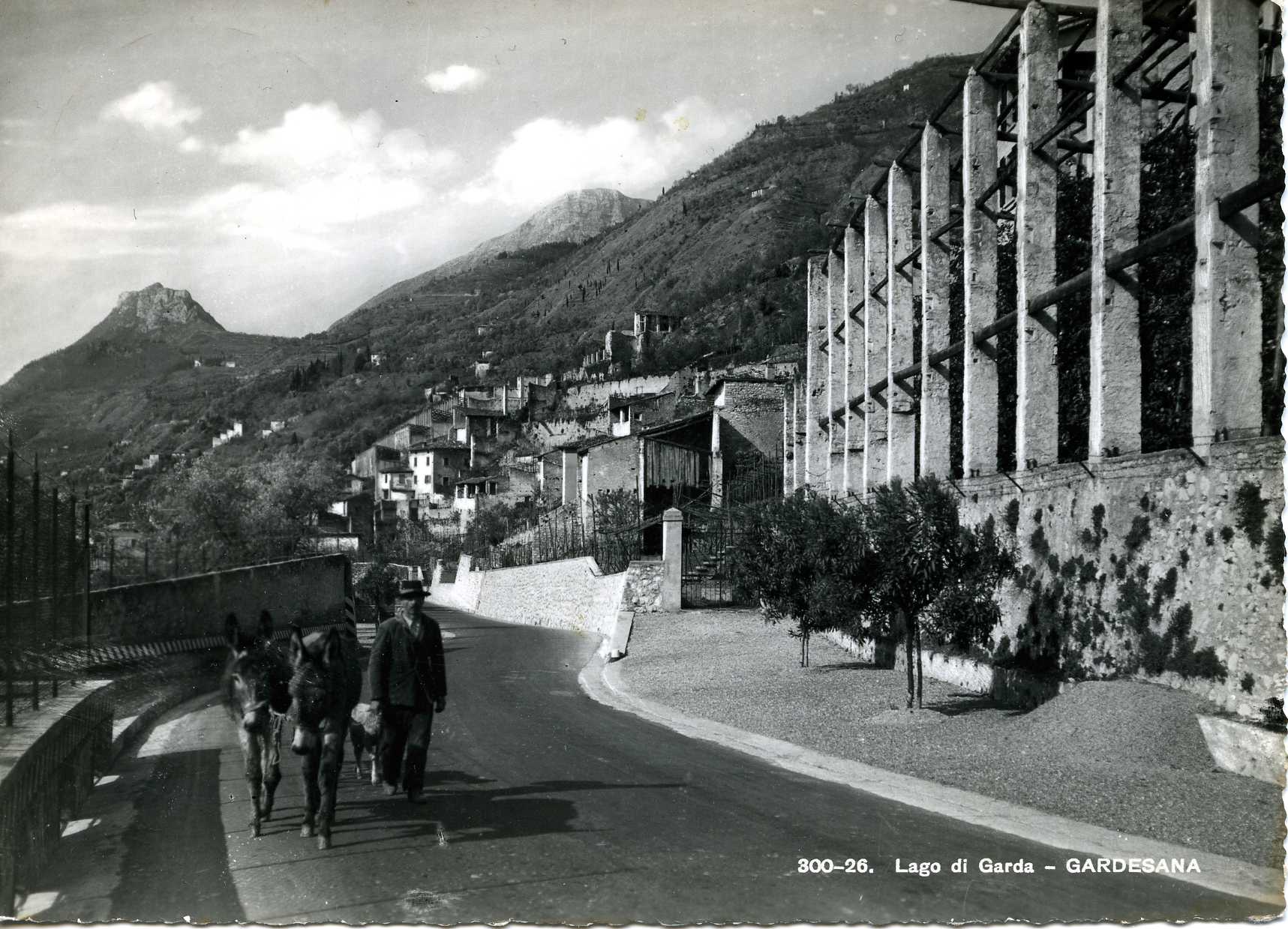 The Gardesana West road (Strada Statale 45bis), the Gargnano-Riva stretch, was built between 1929 and 1931. It was constructed with exceptional technical skill and designed as a road-park, integrated into and blending in with the surrounding natural landscape. The former lack of a coastal road connection from Gargnano and Riva was greatly felt, but the geomorphic characteristics of the area - its rocky faces and slopes prone to landslides - posed serious difficulties until the beginning of the twentieth century when Engineer Riccardo Cozzaglio studied and found ways to overcome the difficulties of the terrain. The Gargnano-Riva road, much desired and supported by Gabriele D’Annunzio who called it “Il Meandro” (“The Meander”), was 27 kilometers long and was defined, at the time of its inauguration, as “the most beautiful road in Europe.” It is one of the most unique and fascinating examples of Italian parkways: its succession of tunnels excavated into the rock, each of which D’Annuzio baptized with mythological names; its vegetation, which included the planting of over 250,000 trees; and its panoramic parking areas.
Numerous road construction projects have transformed and modernized the Gardasana West, as the landslide problem of its slopes has persisted and the need to adapt it to its increasingly intense traffic. The work has consisted of incorporating long tunnels, rockfall protection screens, enlarged sections and the closing off of the longer, more treacherous stretches. The architectural and floral elements of the historic road can still be enjoyed, rendering its linear landscape exceptional.